John Searancke came to the role of hotelkeeper almost accidentally, and most definitely with much reluctance. After his parents’ marriage fell apart, he was dragooned in, at the age of 22, to pick up the pieces of their new venture, a barely-trading country house hotel that had, frankly, seen better days. Not only was it posting an annual loss, but the fabric of the building was crumbling and there was no money left to make improvements.

There were to be battles royal with neighbours not wanting their status quo to be altered, and with the local fire authority who sought to impose draconian new safety measures.

Over the years, and with the steepest of learning curves, the grand old building was renovated and transformed to meet the requirements of the modern discerning traveller. Accolades for the hotel and its restaurant were won; together they became a well-regarded destination for a number of celebrities – and those that deemed themselves to be celebrities but were not. Stories abound featuring idiosyncratic guests, overbearing public bodies, fractured family life and animals of all shapes and sizes. The local fire station next door was demolished one foggy night, people were frightened by flying dogs and snakes in the long grass, and there were, as befits a country house, strange goings on in the night. Many were the guests who checked in who really should not have been seen together.

A rescue mission originally thought of as lasting for a year or two turned into a 35 year lifetime love affair with a beautiful old building. This is a tribute to all the people behind the scenes who helped to make the hard-won transformation into a great success. 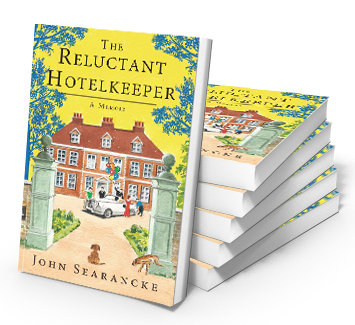 One Mans War: Based on a True Story.

‘Many years after the deaths of my parents, my aunt handed me a box filled with letters that my father had written to my mother over the period from 1940 to 1945. This was the starting point of a journey for me to rediscover the father I had never really known...’

This is the story of John Searancke’s parents, told mostly from the side of his father, Eddie Searancke, from the time of his calling up in early 1940 to his release from a prisoner of war camp in Germany in 1945, thence his return to England to try to pick up the pieces of his old life. Nothing could ever be quite the same afterwards.

The letters take readers through five captivating years, telling of the ups and downs, the plots and counterplots, as Eddie rose through the ranks to end his war as a captain, elevated to that rank in the field as his troops faced the formidable might of the SS Panzers. The letters also reveal where his battle came to an abrupt end, in an orchard surrounded by the enemy and captured after a series of bloody skirmishes as the British army spearheaded its way from the beaches of Normandy. The journey as a prisoner across France and Germany in a truck, with comrades dying each day, may be as hard to read as it is to tell, particularly when a new life and new harsh rules had to be learned and rigidly enforced in a prison camp in northern Germany, the final destination.

This is written as part memoir, part fictionalised retelling and partly in letter format; John draws together all sources to recreate the five years of war and hardship that the letters span. 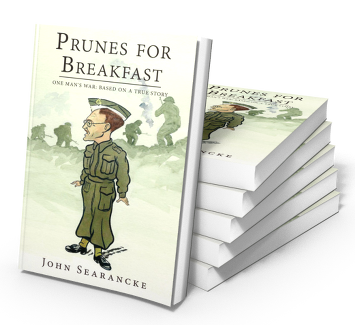 Dog Days In The Fortunate Islands

A new life in hidden Tenerife

On the brink of retirement, John and his wife Sally are determined to end a life at the grindstone in wet and windy Lancashire. Together with Freddie, their much-loved rescue dog from the local RSPCA, they embark on the journey of a lifetime and relocate to the island of Tenerife. Selling up, they make the move to the north of the island, a part mostly unknown to the casual tourist – their very own hidden paradise – a world away from the beaches and high-rise hotels of the south.

Adjusting to a completely new life abroad, buying a new home, making new friends, integrating with the local Spanish community after learning their language, taking on new hobbies – these are just some of the highs and lows that will befall them along the way, whilst Freddie takes off on some unbelievable (but true!) exploits with his new-found canine friends. How will they all stand the pace of this new life?

With a colourful collection of characters brought to life on the page, travel anecdotes that stretch from the English Midlands and all the way down through mainland Spain in an old classic car, and some not so perfect moments that bring them down to earth with a bump, here is a series of adventures that you will not want to miss! 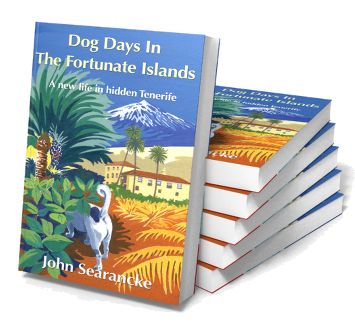